Banning fun in the name of safety 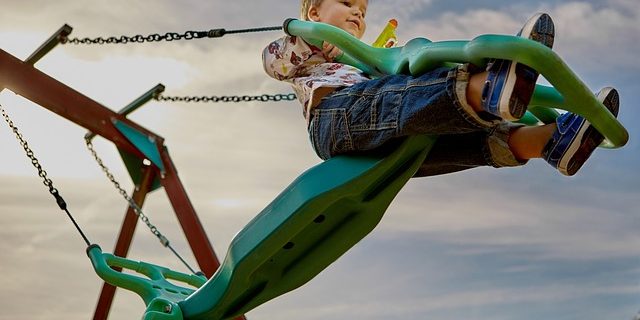 I heard it on Good Morning America yesterday on my way through the living room…and stopped dead in my tracks: Cities were banning sledding. Yet another example of adults squashing all of the childhood out of childhood in the name of “safety.” I mean, kids get hurt sledding, so of course we have to ban it!

If, like me, you grew up in an area where the snow falls in the winter, you have fond memories of sledding, whether or not you ever hurt yourself doing it. Sledding was about flying, fun, and freedom. And it was about risk-taking — something today’s grownups seem determined to put an end to.

To say we’ve become risk-aversive where children are concerned is to be laughably understated. And it’s not just parents (who, arguably, are the easiest of groups to frighten). Teachers and school and city administrators, perhaps in reaction to parents’ concerns and certainly in reaction to the fear of litigation, are showing the same symptoms. They’re removing monkey bars and swing sets from playgrounds. They’re outlawing tag, cartwheels, and sometimes even running – and, oh yes, recess.

These actions are beyond ridiculous. And they perpetuate the myth that there is danger everywhere – that children must be bubble-wrapped in order to advance from infancy to adulthood in one piece.

Among the biggest problems with that attitude is the fact that we’re literally scaring the life out of kids.

Children are meant to be risk takers. Mother Nature made them that way, while also providing them with the ability to know just how far to push the boundaries. There are infinite benefits to kids allowed to take the risks that nature intended. And there are infinite problems resulting from the lack of opportunity to take them. Kids who grow up afraid of risk will not be problem solvers. They will not be resilient. They will certainly not be able to handle risk, which is inherent in life, when it comes along. Many, in fact, will crumble. And children raised in a culture of fear – well, that’s just asking for trouble.

Nobody wants kids to get hurt. But adults have to realize there are worse things than bruises, bloody body parts, and broken bones — especially in comparison with the disturbing description of today’s bubble-wrapped children, made by a number of experts, as dependent, risk-aversive, psychologically fragile, and riddled with anxiety.

Doesn’t sound much like a generation of kids I trust to become strong and courageous adults.

But, hey, while we’re at it, why not ban all physical activity — maybe even walking? After all, we’ve gotta keep them safe, right?