Who are we protecting when we ban children’s activities? 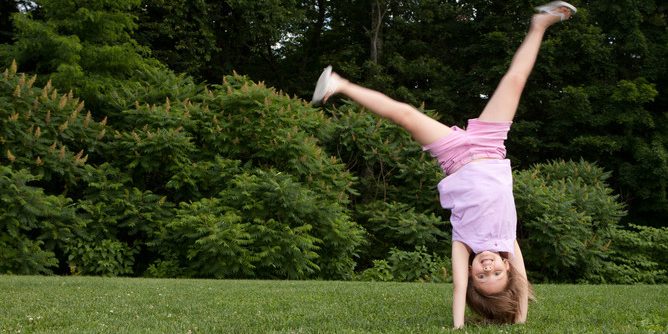 My memory is notoriously lousy. This is especially true where my childhood is concerned. I’m not sure why, but I remember very little – usually in snippets – about when I was a kid.

There are two memories, however, that have stayed with me and remain strong in my mind. The first is of mounting the front steps of the house in which I lived and then climbing my way to the flat cement ledge alongside the top step. From there I jumped to the small, narrow, concrete, walled-in area below. It was a long and scary jump. It was terrifying, in fact, and if I thought too long about doing it I’d back down. So I’d quickly climb and jump!

I’m sure my knees are now paying the price for the many times I made that leap from the ledge. Still, I have no regrets about participating in this daredevil act, precisely because it was scary. And that reminds me of the kind of kid I was. Of the kind of bravery I experienced. Of the risks I was willing to take.

Perhaps it’s true of all of us, but I feel like I got less brave as the years went on. And when I do take a risk – one of the biggest being my move from New Hampshire to the DC area on my own – I hear myself telling people, “I can’t believe I did that; it’s not like me at all.” But it is like that kid I was! So now when I find myself afraid of taking a risk, or of a new situation, I know I need to bring that kid to mind and realize she’s still inside of me.

My other memory is of being taught how to do a cartwheel by an older girl in the neighborhood. It didn’t come easily to me and I recall practicing it over and over again down the middle of our street until I finally got it right! Oh, what a glorious feeling of accomplishment. I demonstrated my cartwheels to everybody who’d watch!

That particular memory reminds me of just how persistent I can be – and that persistence pays off.

So it was with great sadness – and enormous frustration – that I read “Banning cartwheels: What’s the point of recess with no fun?” earlier this week.

According to the piece:

The cartwheel, not generally considered a thing of peril, has been banned, together with the entire family of activities it belongs to, commonly known as gymnastics. The powers that be have determined that these risky contortions of young bodies and outright defiance of the laws of gravity have no place on the school playground.

Apparently the staff, at an elementary school in Toronto, was uncomfortable with the “level of risk” – this despite the fact that no child had ever been hurt performing gymnastics during recess.

I’ve written before about the need for children to take risks so I won’t repeat myself here. But I will say that I am plenty sick and tired of adults putting their needs ahead of the kids’. They may tell themselves they’re protecting the children but what they’re really doing is protecting themselves – from worry, from effort, and from the possibility of a lawsuit. And what they’re costing the kids is beyond measure – because today’s overprotected kids (no cartwheels, no sledding, no tag) will never have memories like the ones I’ve shared here. When daunted by the challenges of adulthood, they won’t be able to look back and remember their courage and persistence in the face of formidable tasks and draw on the strength such memories could provide them.  And that’s not just unfair and unfortunate; to me it’s a heck of a lot scarier to contemplate than a leap from any ledge could ever be.