Tech in ECE: Call me a dinosaur if you must 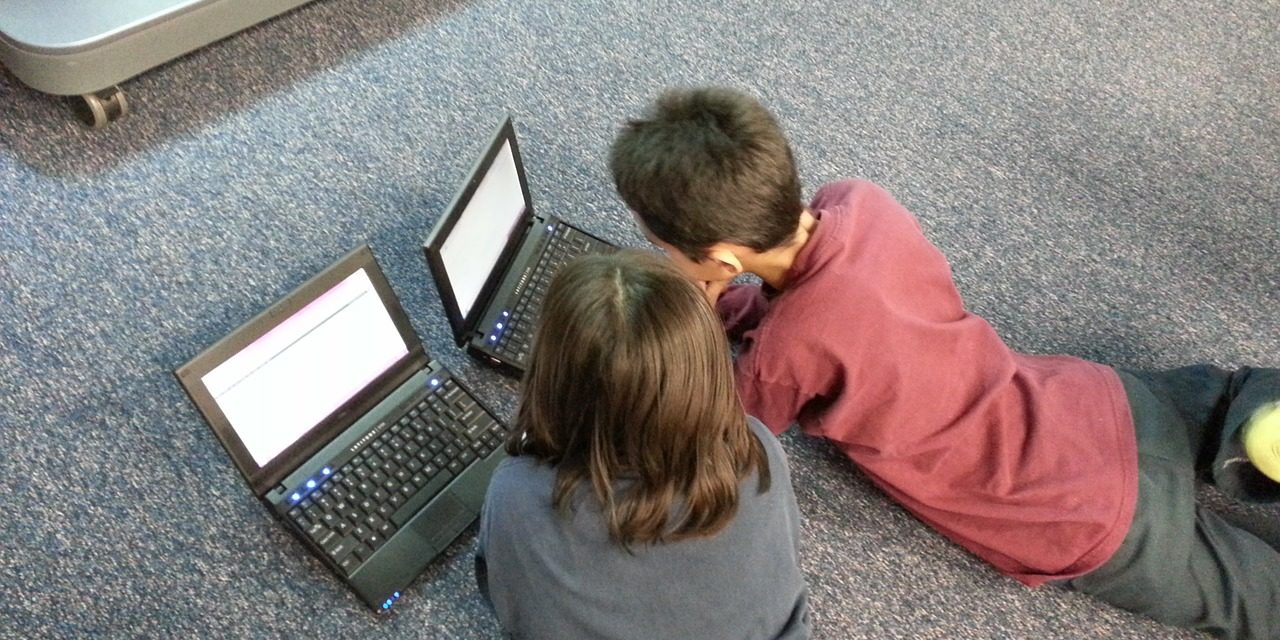 Recently a colleague suggested that I become a liaison between early childhood education and ed tech. The reason? Ed tech companies have the money these days and are looking for a way into the world of ECE and I’m a trusted name there.

Exactly. I’m a trusted name there! So why would I spend 35 years extolling the virtues of physical activity and denouncing sedentary behaviors only to turn around and endorse something that calls for more sedentary behavior?

He didn’t get it. Kept talking about balance.

Sure, I believe in balance. I’m a huge fan of balance. Promote it all the time. The problem is, I see very little in the way of balance in this country. Extremes. That’s what we’re about. We’re either all-in or all-out. And when it comes to technology, it’s definitely all-in. Parents and teachers are so enamored of the shiny new gadgets available that balance with technology is as rare as Sasquatch sightings.

I see the truth in that all around me. In the family at the restaurant, with each member so engaged with his or her own hand-held device that there’s not a word spoken among them. In the young father pushing the baby carriage and holding the dog’s leash with one hand while clasping his telephone up to his face with the other – blissfully unaware of his surroundings and completely failing to interact with his child. And how about the parents like the one in the video below, who seem to prefer having something to post to YouTube or Facebook to having an authentic, loving moment with their child?

Just mere days after that conversation with my colleague, an article called “Screen Addiction Is Taking a Toll on Children” appeared in the New York Times. It tells the tale of teenagers in China who have become so “hooked on video games, playing for dozens of hours at a time often without breaks to eat, sleep or even use the bathroom,” with many coming to view the real world as fake.

The article goes on to say

While Internet addiction is not yet considered a clinical diagnosis here, there’s no question that American youths are plugged in and tuned out of “live” action for many more hours of the day than experts consider healthy for normal development. And it starts early, often with preverbal toddlers handed their parents’ cellphones and tablets to entertain themselves when they should be observing the world around them and interacting with their caregivers.

If parents aren’t going to employ balance, shouldn’t the early childhood classroom be a place where kids get a reprieve from the excess of electronic stimulation they’re getting elsewhere?

Jane Healy, author of Failure to Connect: How Computers Affect Our Children’s Minds – and What We Can Do About It, insists there’s no need for children to be exposed to computers before the age of ten. And I agree. It makes perfect sense when we stop to consider what we know about child and brain development and how children learn: through all of their senses, through movement, and through social interaction. All of that is limited when children spend their time with screens. And for those who insist that children need to become accustomed to tech in their earliest years, I have two arguments: Bill Gates and Steve Jobs. Neither of them had access to tech when they were children (because it didn’t exist), and we all know they did quite well with it in their later years.

Besides, with the rapid and crazy rate at which technology is changing, almost every electronic gizmo children experience today will be obsolete tomorrow.

What are some of the other arguments in favor of low- or no-tech in early childhood? They include

Call me a dinosaur if you must. But in the absence of balance I feel duty-bound to lean toward the no-tech end of the spectrum. As my mother always told me, “It’s better to be safe than sorry.”