A mother’s cry for help 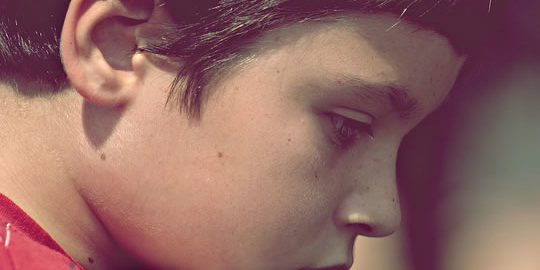 I was in Kentucky when, following my keynote for an early childhood organization, a young woman approached to tell me how much she’d appreciated hearing what I said, particularly concerning children’s need for both movement and breaks. Her son, she said, is a “fidgeter” – and that’s caused him no end of problems. Every time he was unable to sit still in kindergarten, his teacher did two things: She gave him a “bad note” and she deducted five minutes from his (whopping) 15-minute daily recess.

These are the kinds of stories that make me want to pull out my hair (since it can’t turn any whiter) or indulge in a primal scream. Naturally neither of those is an appropriate response for a suffering mom. We might share a moment of (comic) relief but the problem will still exist.
But what to do about it? How does one respond to a mother in tears over her child’s anguish? I listen sympathetically, of course, and offer a hug. But what she really wants are answers. She wants advice she can use to ensure her child’s misery ends.

This kindergarten teacher, in my opinion, is someone who should not be in the classroom. She does not understand child development. She is not familiar with the research on recess and the need for breaks in the learning process (never mind that it goes all the way back to the 1880s and up to the present). Despite working with kindergartners, she expects children to sit still. She obviously doesn’t care that every time a child receives a “bad note,” his opinion of himself is diminished. (This child is starting his schooling experience – one that will last at least 12 years – thinking he’s not good enough.) And she prefers to punish rather than understand and adjust accordingly.

As I’ve written before, withholding recess as punishment is unacceptable. For one thing, it doesn’t work! Experimental studies and anecdotal evidence demonstrate that in any given school it’s generally the same children who tend to have their recess withheld, indicating that the threat is ineffective.

Also, it’s not a logical consequence for most infractions. And can we really consider fidgeting an infraction? A recent study found that for children with attention disorders, hyperactive movements meant better performance on a task that requires concentration. In fact it was determined that when children with attention disorders are moving, they’re actually increasing their alertness. According to the lead author, Dr. Dustin Sarver, the physical movements “wake up” the brain in much the same way that Ritalin does.

But an earlier study, in 2008, found that children in general need to move in order to focus on a complicated mental task. That’s why they need to fidget while doing math, for example, but not while watching a movie. Both studies indicated that when children are given such directives as “Sit still,” “Stop moving,” and the like, they use all of their powers of concentration to follow the directive and are unable to focus on anything else.

My “solution” for the mom was to go to my website and to that of the American Association for the Child’s Right to Play and to collect all of the resources she could in defense of recess. I encouraged her to share these with school administrators, along with the information about fidgeting. And I encouraged her not to go it alone – to find other likeminded parents who would stand with her in the fight.

But is it going to be enough? Sadly, I doubt it. And that leads me to two other questions. Why do people who don’t understand children – and possibly don’t even like them – go into education? And is it too much to ask that only people who do understand and like children enter the field?