All children are not the same: The demise of creative self-expression 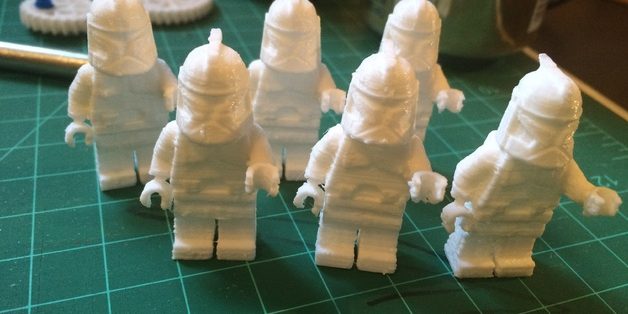 Consider the following stories that I’ve come across in my years as an education consultant:

I was reminded of these stories when I recently received an email from a preschool teacher who is an art and science specialist who visits many different schools and programs and says she rarely sees “child-designed art” displayed. Rather, the wall displays are full of “nearly identical flowers, snowpeople, mittens, etc., where each child has been guided to produce something like the teacher’s model.” Similarly, she told me, “cute crafts” are all the rage on Pinterest and early childhood blogs.

Why the inclination to fit children into a mold – even prior to today’s “standardized schooling?” Why do so many educators and parents knowingly and unknowingly discourage creative expression?

An early childhood professional once told me that he believed creative children were much more difficult to deal with, so he purposely tried to discourage creativity. I’m hoping that was an anomaly! I think the reason most adults knowingly discourage creative self-expression is because they see little value in it. But consider these key personality traits of highly creative people cited by Teresa Amabile in her book, Growing Up Creative:

I don’t know about you, but those traits sure sound wonderful to me. And Amabile tells us that if they’re not naturally occurring, they can be developed in childhood.
Of course, they won’t be developed if the important adults in children’s lives continue to discourage their self-expression by disallowing blue horses and polka dots on butterflies – and by insisting upon and displaying only imitative “artwork.”

The next time you’re presented with a child’s creation that you don’t necessarily understand or approve of, remember that it all starts with our words. Instead of saying, “There’s no such thing as a blue horse,” limiting what is possible and dampening children’s ideas, say, “I see you made your horse blue!” This validates their choices. Instead of, “I’ll show you how to do it,” focusing on the “right” way and discouraging experimentation, encourage creative risk-taking with something like, “You try it; I’m sure you can.” And instead of, “What is this a picture of?” – focusing on the product rather than the process – you might say, “You used a lot of green in your painting!” to describe and encourage without judgment.

I don’t know why conformity tends to be valued more highly than creativity. But I do know that people like Albert Einstein, Florence Nightingale, and George Washington Carver were nonconformists. And if we want to help create a generation of future Einsteins, Nightingales, and Carvers – not to mention Shakespeares, O’Keefes, and Bachs – we’re going to have to encourage children to express themselves – through whatever medium they wish!