Am I asking too much of early childhood professionals? 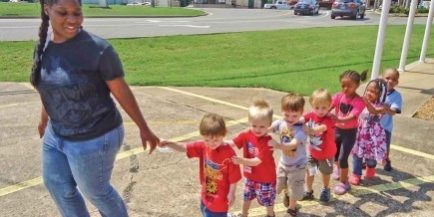 It’s funny, the things we assume. It seems that there are certain understandings/beliefs that we possess that we imagine everyone possesses. But of course that’s an unrealistic expectation.

This was brought to light for me recently when I held a conversation with early childhood expert and preschool director Deborah Stewart. We were talking about transitions in early childhood settings – those many periods during the day when the children are moving from one subject, or one place, to another. Experts have contended that transitions can be an accumulation of wasted time. And anyone who works with groups of young children knows how chaotic they can become.

To address both of those issues, I’ve always believed that transitions should be planned, just as other parts of the day are planned – that, with just a little imagination, transitions could be both manageable and meaningful.

Those beliefs seem reasonable to me, but Deborah made a couple of observations during our discussion that took me by surprise.

One was when she pointed out that I obviously believe in transitions as part of the children’s learning experience. That had me shaking my head because…well, of course they are! Children learn from everything they see, hear, and do. Why shouldn’t they learn something valuable from transitions — something beyond the expectation that they stand still and be quiet, two tasks for which Mother Nature did not have young children in mind?

Well, as Deborah explained, most teachers see transitions as something that takes place between the real learning. The transition is just a means to get from one subject/area of learning to another.

I realize how naïve this sounds but…well, that came as a surprise to me.

Another surprise occurred when Deb informed me that the “creativity” necessary to plan such transitions might overwhelm some early childhood professionals. That perhaps they’d rather take their chances on chaos than have to think up imaginative ways for the children to transition.

I’d suggested that instead of yelling at the kids to climb the stairs (something I’d witnessed during a site visit), the teacher could have made the task enjoyable for everybody by asking them to pretend to climb a mountain. Or, if that was still going to be too noisy, by inviting them to pretend to be kitty cats stalking birds. The children would have been engaged by these challenges – by using their imaginations and problem-solving skills – and therefore much less likely to want to wreak havoc.

That didn’t really require a lot of imagination on the part of the teacher, did it? Or was I making another false assumption – that anybody who wants to work with young children is imaginative by nature? I mean, even if they believe they’re not “creative,” surely some of the incredible imagination they’re exposed to daily would rub off on them. Wouldn’t it?

Maybe that’s also assuming too much. But, if so, there are alternatives that don’t require creativity. For instance, what about a simple game of Follow the Leader, with the teacher at the front of the line, soundless and smiling? Surely that would come naturally to an early childhood teacher. Or am I making yet another assumption – that anyone who goes into early childhood education must be inherently playful, and of course would rather participate in a simple game than stand and yell at children?

Am I asking too much?

NOTE: For more ideas on how you can make transitions manageable and meaningful, check out this short, six-minute video.