3 Things That Have Changed Since I Became an Early Childhood Keynote Speaker – Pt. 1 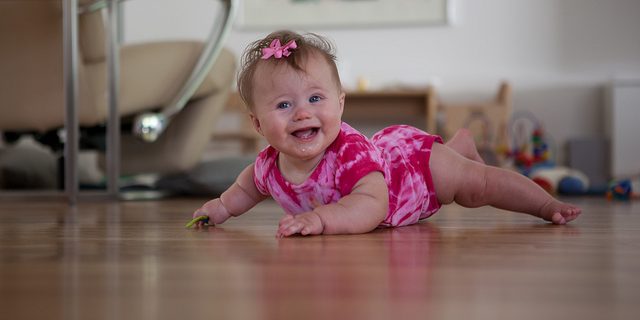 Early childhood educators tell me lots of stories when I keynote or train. And since I’ve been speaking and training for almost four decades (!), you can imagine just how many stories I’ve heard. Obviously, then, there are more than three things that have changed for children during this lengthy period. But lately I keep hearing the same three stories from teachers repeatedly. It’s disturbing – and it needs to be addressed.

So, in this post and the next two, I’m going to tackle each individually, in no particular order. Here’s the first of what teachers are telling me:

More children are unable to cross the midline of the body. Sadly, this isn’t surprising, considering one pediatrician’s contention that infants are spending upward of 60 waking hours a week in things, like car seats, high chairs, and such. One of my colleagues calls this “containerized kids.” Another refers to is as “bucket babies.” Funny names; not so funny situation.

In some ways this goes back to 1994, when the American Academy of Pediatrics created the Back to Sleep campaign, to reduce the incidence of Sudden Infant Death Syndrome (SIDS). Happily, the suggestion that babies be put on their backs to sleep had the desired effect. Unhappily, people seem to forget that the second part of the campaign slogan was “Tummy to Play.” As a result, fewer babies are spending time on their tummies, meaning that, among other things, they’re not developing the muscles necessary for crawling and creeping, cross-lateral movements that promote the ability to cross the body’s midline.

Another factor is the busyness of daily life in our society. Parents are in a hurry, and manufacturers have offered solutions to this problem, including such things as car seats that can be carried from the car to the home and used indoors while moms and dads get dinner and take care of the many other chores that await them at the end of the day. Mostly gone are the days of the playpen, which may have seemed to some to be “cage-like,” but which at least offered the baby freedom of movement! She could roll over, slide on her belly, move on hands and knees, pull herself to standing, and bounce – without the aid of a confining bouncy chair. She could even practice walking while holding on.

The lack of development of motor skills and the inability to cross the midline are no laughing matter. I could write a dissertation on why both are necessary! But I’ll make just three points.

First, because today’s children aren’t spending time on their tummies, or crawling, creeping, and climbing, they’re experiencing a whole lot of low muscle tone, which on its own is problematic. Among other things, it can result in poor posture, a child who tires easily, and a preference for sedentary activities. Given that sedentary behavior is a major cause in the fact that young children are overweight or obese, experiencing arteriosclerosis and hypertension, and dying of sudden cardiopulmonary arrest, we must do everything possible to prevent it!

And that leads to the second point. Even without low muscle tone, a child who isn’t confident in his movement skills – who feels clumsy or klutzy – is a child who won’t take part in physical activity. Even children who didn’t spend their babyhood in “buckets” are experiencing far less physical activity than the recommended minimum of 60 minutes daily. So from where is confidence in their movement abilities to come? So, ditto the above.

Finally, Dr. Marjorie Corso conducted research in which she discovered that there’s a correlation between body-space awareness and paper-space awareness. One example of this is that children unable to cross the midline of the body were sometimes reading and writing down the vertical center of the page. Sometimes they even wrote halfway across the page, turned the paper over, and started again! More evidence that the mind and the body aren’t separate entities.

The question now, of course is: what are we to do about all this?

The answer is simple, really: we let children be children! They’re born with a love of movement. If we give them the time, the space, and the opportunity to move, nature will take its course! It is, after all, what Mother Nature intended.

But we can also be a bit more intentional. We can be sure children elevate their heart rates and practice their motor skills by heading up lively games of Follow the Leader, for example, using plenty of large-muscle movement. We can encourage cross-lateral movement by inviting children to get on the floor and move like kitties, puppies, snakes, seals, and spiders.