Fidgety, Wiggly Kids: What’s an Early Childhood Teacher to Do? 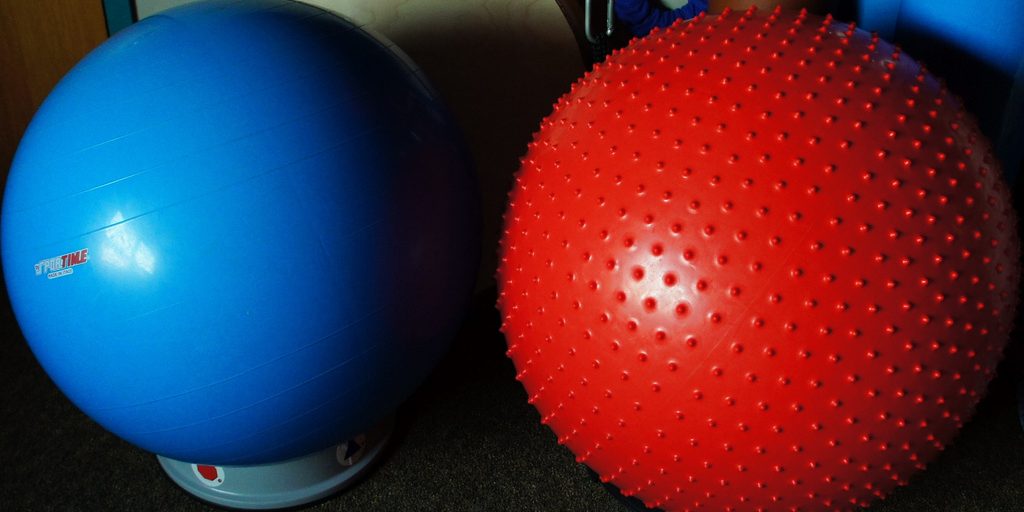 Do you find yourself asking certain children to please sit still over and over again? Or, at the very least, are you internally begging them to stop fidgeting?

There’s no doubt that fidgeting can be distracting. But often (too often, I believe) it’s seen as misbehaving. Many a child has been moved up or down (depending on the system) on those abominable behavior charts and, unable to comply with the teacher’s wishes, made to feel like a failure at the ripe old age of four or five. And that should never be the case.

Nor should it be the case that a child gets coded as having attention issues, or labeled as having ADHD, simply because he or she can’t sit still in school.

The thing is, children in general are not meant to sit still! But, for some children, sitting still is simply impossible. I know…because I’m a Grade-A fidgeter. And although my concentration isn’t as strong as I’d like it to be, I don’t have ADHD or other attention issues. Nor am I “misbehaving!” I just can’t sit still.

At the movies, I’m the one crossing and uncrossing my legs. At home in the evenings, if I were required to stay in one position on the couch, I’d probably scream. In the office, during an important phone conversation during which I need to think more clearly, I typically pace the room. And at airports, waiting to board a plane, I’m the one swaying back and forth, back and forth. I don’t know a lot about sensory issues so I can’t say exactly why I feel the need to sway. But I do know it’s self-soothing – and nobody had better ask me to stop doing it!

Occupational therapist Angela Hanscom believes that children simply don’t move enough and that that’s why children are fidgeting more than ever. That lack of movement, she says, has resulted in children having underdeveloped balance systems and strength. She writes:

Children are going to class with bodies that are less prepared to learn than ever before. With sensory systems not quite working right, they are asked to sit and pay attention. Children naturally start fidgeting, in order to get the movement their body so desperately needs and is not getting enough of to “turn their brain on.” What happens when the children start fidgeting? We ask them to sit still and pay attention; therefore, their brain goes back to “sleep.”

In a study from 2008, the researchers found that children in general need to move to focus during a complicated mental task. Dr. Mark Rapport explained that this is why children need to move while reading or doing math but are able to sit still while watching movie.

Of course, there will be some fidgeters in your class for whom attention disorders are an issue. A 2015 study reported that for these children, hyperactive movements – like moving and spinning in the chair – meant better performance on tasks requiring concentration. Dr. Dustin Sarver, the ADHD researcher who led the study, said that when the kids were moving they were increasing their alertness, and that slight physical movements “wake up” the nervous system in much the say way that Ritalin does.

According to Dr. Sarver, when we tell a kid, “Sit down, don’t move, stop tapping, stop bouncing,” the child is spending all his mental energy concentrating on that rule. And that doesn’t allow him to concentrate on whatever task we’re asking him to do.

The solution, for all children, is to ensure that they have more opportunities to move and play in the classroom. This is made possible with learning centers through which the children rotate and active learning across the curriculum – for example, allowing children to physically experience such concepts as geometric shapes, the meaning of words, or metamorphosis. Brain breaks, during which the children stand and stretch, jog lightly around the room, or do a little dance, are also critical. And recess must take place at least once a day for every single child. It should never be skipped for any reason or withheld as punishment.

Below is a list of recommendations from teachers that I’ve compiled.

What solutions do you have in your bag of tricks?