Should We Be Talking About Sexism in Early Childhood Education? 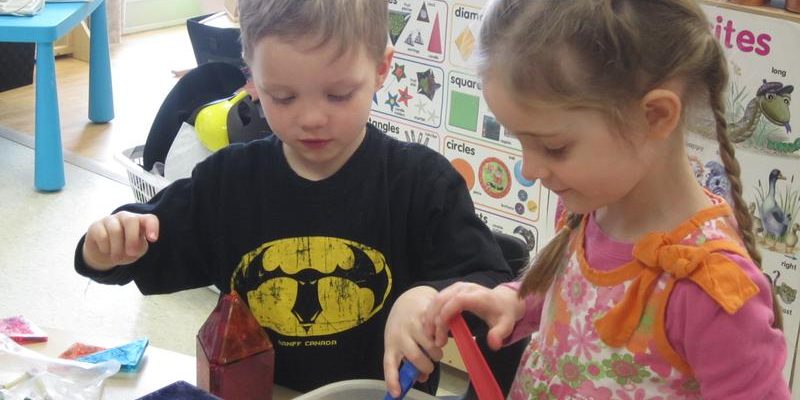 The short answer to the question posed in the title is yes. While it may seem as though the #MeToo and #Time’sUp movements have nothing to do with young children, the experts tell us that sexism does indeed begin in early childhood. In fact, psychology professor and author of Parenting Beyond Pink and Blue, Christia Spears Brown, told me in a recent interview for Studentcentricity, that sexism begins at birth! And when we consider the pink and blue phenomenon – and how differently girl babies are treated from boy babies, even prenatally – we have to admit that what she says makes sense.

Sexism begins with gender stereotyping, which is all too easy to reinforce. Christia and other experts contend that every time teachers say something like, “Good morning, boys and girls,” attention is given to gender. And the more often statements like these are made (“Boys line up here, girls line up there.” “What a good girl you’re being.”), the more children get the message that gender matters – a lot. And that’s when they start making black-and-white generalizations about the meaning of gender.

Yes, I know; statements like these seem perfectly innocent! But what if they’re not?

According to a Slate article on this topic, “The more ingrained kids’ gender stereotypes become, the more easily they conclude that girls are inferior to boys—that boys have higher status because they biologically deserve it.” Studies have also shown that “the more strongly boys believe these stereotypes, the more likely they are to make sexual comments, to tell sexual jokes in front of girls, and to grab women.”

Those are two statements that make me want to cry – especially considering that Christia told me 90% of girls in high school have been sexually harassed.

That’s a stunning statistic, but perhaps one that shouldn’t surprise me, considering how many #MeToo hashtags I saw just on my own Facebook account. And, of course, I posted the hashtag as well. When I was 19 years old I was fired from a job for refusing to be “mauled” by the assistant manager, who felt it was his right to paw all of the young women in the office. He told the manager that my work was lacking, when nothing could have been further from the truth. But nobody asked me; the manager just took the creep’s word for it.

Unfortunately, at the time no one used the phrase “sexual harassment” and there was certainly nowhere to turn for justice. So, I slunk home, and it wasn’t long after that I decided working in the “outside world” wasn’t right for me; and I began working from home. It was lonely, but at least the only paws I encountered belonged to my cats!

Although written specifically for parents, I highly recommend you read the Slate article. There’s also my article, “Teaching Girls They’re More Than a Pretty Face.” It addresses the fact that girls are too often admired for appearance only – something that contributes to their own belief that they are “less than.”

Christia and my other two guests, educators Jill Berkowicz and Jason Flom, suggested that teachers embrace the power of gender neutrality in the classroom. Specifically, they advocated for removing gender from the language used (“Boys will be boys.”), for making sure girls play in the block area and boys in the dress-up area, and for ensuring that girls and boys play together. Quoted in the Slate article, child development expert Carol Martin says, ““When they interact with each other like this, both girls and boys learn about each other and their similarities, become more comfortable with one another, and we believe that it may provide a kind of social resiliency allowing them to deal with a range of social experiences.”

Finally, if you hear a child say something like, “Girls can’t do that,” or “Only boys are allowed here”…well, talk about your teachable moment! You can either address it and ensure the kids get a lesson in gender equality, or you can let it slide. But the latter will teach them too. It will teach them that gender does indeed matter…and not in a good way.

Christia assured me that small things can have a lasting impact. And I sure hope that’s true, because small things are easily done. But, of course, as with everything that matters, the hard part begins with our own awareness.