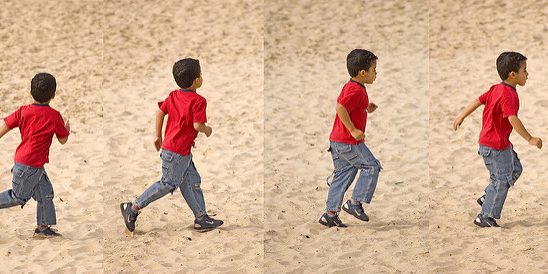 As I often say during my keynotes, I haven’t accepted the fact that motor skills don’t receive as much attention and respect as literacy and numeracy skills. But given the prevailing belief that the mind and body are separate – and the functions of the mind are thought to be far superior to the functions of the body – I understand that attitude isn’t likely to change anytime soon. Still, I keep plugging away in hopes that early childhood professionals and parents will actually take the message to heart: Motor skills matter to the “whole child,” too!

What’s fascinating is that a study I once came across, involving parents and teachers in 15 countries, found that the majority believe the development of motor skills is important for their children. However, they evidently also assume motor skill development happens without adult intervention – because neither the parents nor the teachers felt it was their responsibility to promote it! Nor did they feel it was the responsibility of the other group.

Most people, it seems, imagine children acquire motor skills automatically as their bodies develop – that it’s a natural, “magical” process that occurs along with maturation. Unfortunately, this is an easy assumption to make. After all, one day the infant rolls over by herself, eventually starts to crawl, and then suddenly rises up onto hands and knees and begins creeping. Somewhere around her first birthday or so, with only a little assistance and a lot of enthusiastic encouragement from adults, she takes her first steps. And then it seems, almost before you know it, she’s off and running!

So, it certainly appears that motor skills miraculously occur and then take care of themselves. And, to a certain extent, it’s true. However, maturation takes care of only part of the process – the part that allows a child to execute most movement skills at an immature level.

What does an immature level mean? Consider the phrase “She throws like a girl” and the even more insulting phrase “He throws like a girl.” Regardless of which gender the words are directed at, they refer to a child who hasn’t achieved a mature performance level for the skill of throwing. Something about the child’s form isn’t quite right. And, believe it or not, it can happen with such basic motor skills as walking and running. (Have you ever observed a child who hadn’t quite mastered the ability to move limbs in perfect opposition? Or whose feet roll in, baby toes lifting off the ground?)

The truth is, thanks to the mistaken notion that children don’t need help in this area – along with today’s sedentary lifestyles – a lot of children never achieve mature patterns for many motor skills. As evidence of this, as reported in 2012, a British study found that almost a third of four- and five-year-olds struggle with such basic movements as crawling and balancing on one leg. An earlier study, in Australia, reported that fewer than 10% of the 1200 children studied were able to run correctly.

Whether or not you think highly of motor skills, this is truly appalling.

Never mind the fact that movement contributes to improved academic performance. (I can get pretty tired of justifying the actions of the body in terms of what they have to offer the brain.) The ability to perform motor skills is related directly to physical fitness. And, considering the health hazards for the unfit (detailed in this piece), this is one area that matters more than literacy or numeracy. A competent mover will gladly keep moving. A child – or an adult (poor movement habits do track from childhood) – who feels physically awkward and uncoordinated is simply going to avoid movement at all costs. There’s no mystery as to why the research shows that children lacking in movement fundamentals are three times more sedentary than peers of the same age who are skilled movers.

Additionally, children (even preschoolers) tend to be movement “snobs” – a fact that impacts both their social and emotional development. Studies show that physical skill is positively associated with peer acceptance and leadership among adolescents and elementary-school students. Even five- and six-year-olds with high levels of motor skills were more popular than those with the lowest levels, especially among the boys.

It makes sense, really: the more skilled children are, the more they engage in physical play, which grants them greater opportunities for social interaction. And along with it all come confidence and higher levels of self-esteem.

I realize that when I talk about all this stuff, early childhood professionals get nervous. I can feel the tension as they worry that I’m asking them, on top of everything else they do, to be motor development experts too. But not to worry. All I’m asking is that you apply the same level of observation to the children’s physical abilities as you do to other areas of your program! If you see a child who appears to have motor delays, or who makes no improvement in motor skill development over time, you take action – whether that’s working with the child yourself or bringing in expert help.

If you’re a frequent reader of this blog, you know that I worry quite a bit about our children and their future. Often, that worry involves their social/emotional development. But, even if we did everything right concerning other domains of development, if we neglect children’s physical development, they’re in for a world of hurt. Because not being able to crawl or balance or run properly affects the whole child…which means it will affect the whole adult, too.