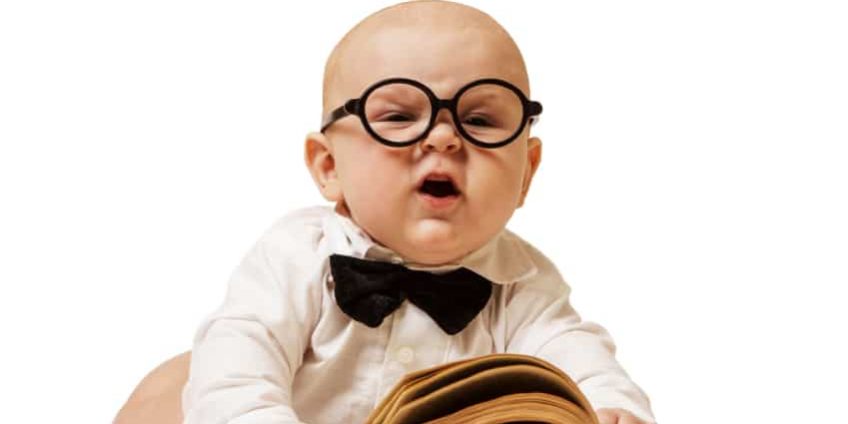 A mother told me that her son was seven months old when she first felt the pressure to enroll him in enrichment programs. She said, “Here I was with an infant who had just learned to sit upright by himself, and someone was asking me what classes he was going to be taking, as if he were ten!”

Another mom, this one an early childhood professional who understood child development, complained to me that she was under tremendous pressure to enroll her daughter in the local, competitive soccer program. When I asked her daughter’s age, she replied, “Two and a half.”

And still another mom recently wrote to say that her three-year-old son’s early childhood center kept sending notes home because he couldn’t sit still or properly grasp a pencil! She wanted to know if those expectations were realistic for a three-year-old. (What the heck?!)

What these stories – and many others like them – have in common is the belief that earlier is better – that you just can’t start kids too soon on the road to success. Whether we’re talking about academics or athletics (or walking or talking), this idea has become deeply ingrained in our society. But where has it come from? Why are parents and children being burdened by this false notion? Why are parents being bombarded with the terrifying misconception that if they don’t give their little ones a jumpstart on the “competition,” their children will fall behind and end up as miserable failures?

But it’s not just parents who believe it. As stated by Nancy Bailey in an article titled, “Setting Children Up to Hate Reading”:

Politicians [and] venture philanthropists make early learning into an emergency. What’s a poor kindergartner or preschooler to do when they must carry the weight of the nation on their backs – when every letter and pronunciation is scrutinized like never before?

Unfortunately, many kindergarten teachers have bought into this harmful message. Many have thrown out their play kitchens, blocks, napping rugs, and doll houses believing it is critical that children should learn to read in kindergarten!

Sadly, since that article was written in 2014, things have gotten worse in many cases. Friend and colleague Gail Multop recently wrote about one of her college students proudly proclaiming that in her center they’re teaching the three-year-olds a word a week – words such as hypothesis. When Gail asked why they were doing this, the young woman replied, “We have to get them ready for being four.” (Seriously?)

It’s no coincidence that so many of today’s children are stressed and miserable. When curriculum is pushed down from higher to lower grades, anxiety rises as children fail to meet their parents’ and teachers’ expectations – because they’re developmentally incapable of doing what’s being asked of them. All of this does nothing to endear them to learning.

On the athletic side, considering that foot-eye coordination isn’t fully developed until the age of nine or ten, when we ask – no, oblige – children who’ve just barely stopped wobbling to play soccer at practically professional levels, they’re set up to fail. Children asked to catch a small white ball hurtling through the air at them before their visual tracking skills are fully formed learn not to catch but to become fearful. Children whose growing muscles, joints, and bones are stressed beyond what should be expected of them risk injury – sometimes lifelong injury. None of this endears them to physical activity.

So, whether we’re talking about moving or learning, two things children are born loving, the end result is often the same: loss of motivation and even an intense dislike. Additionally, children who are “trained” by adults to develop at a pace that is not their own tend to become less autonomous people. As noted early childhood expert Jane Healy once told me in a BAM Radio interview, “When you start something before the brain is ready, you’ve got trouble.”

At what cost will all this “pushing down” come? Childhood is not a dress rehearsal for adulthood, nor is it a race. It is a separate, unique, and very special phase of life. And I’m afraid that we’re essentially wiping it out of existence due to a misguided belief that earlier is better.

When did we decide that life was one long race? When, exactly, did life become a competition? And why are we willing to sacrifice the childhood of an entire generation in order to “win?”