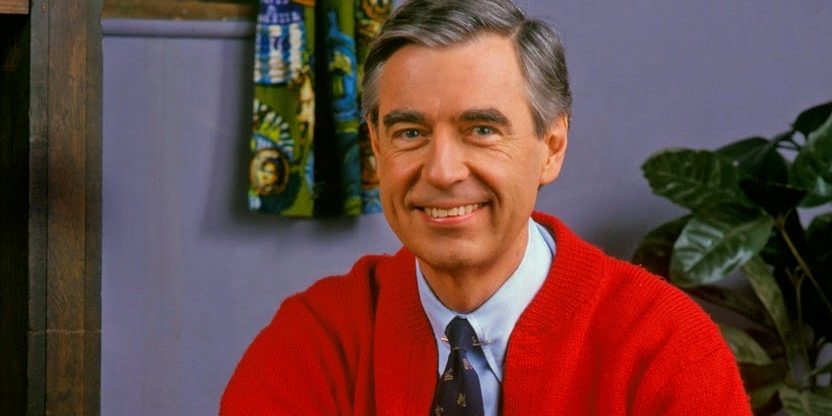 Last week I went to see Won’t You Be My Neighbor?, the documentary about Fred Rogers and his legacy.

As one of his sons relates in the movie, unlike most adults, Fred Rogers remembered what it was like to be a child. And, because he had been a chubby child who didn’t feel especially valued, he wanted to give the children watching him a different experience. He always expressed unconditional love and never failed to tell kids they were special just the way they were. What could be more beautiful than that?

Well, apparently not everybody welcomed that message. Late in the movie it was mentioned that many people eventually blamed him for the sense of entitlement that had infected a new generation of children. I was shocked. When I got home, I googled the subject and was further stunned to see just how many articles there were, with people pointing the finger at Mister Rogers and claiming it was his fault that children had become so narcissistic. After all, he’d told them they were special just for being themselves. To these naysayers, this clearly meant he was giving children permission to do anything they darn well pleased. To behave as badly as they pleased. To put forth no effort but still be rewarded.

I’m not denying the existence of the narcissism and sense of entitlement. After all, at a dance competition, I once witnessed a teenager throw the second-place trophy at the judge – because it wasn’t the first-place trophy! And throughout my 10 years as an adjunct instructor at the University of New Hampshire, I observed the students becoming increasingly entitled. It was, in fact, the reason I stopped teaching. The kids weren’t willing to do the work necessary to get good grades – but heaven help you if you didn’t give them good grades! And when parents started calling and emailing to ask why their kids hadn’t received an A (one young man having failed to mention to his father that he’d received the lowest grade in the class on the mid-term), I threw in the towel. That attitude just wasn’t something I wanted to deal with.

And, of course, mine aren’t the only stories like this. They’re all over the place! But is it Mister Rogers’ fault?

Perhaps he was indirectly responsible – if parents who heard his message came to think that their children should be held accountable for nothing, or that their good feelings mattered more than manners and morals. (How else do you explain the mother of a four-year-old telling me she never said no to her son because she didn’t want to stifle his creativity?) But should we similarly blame the researchers who demonstrated how important a child’s first three years of life are to brain development, which resulted in parents rushing to buy flashcards and infant lapware? Misinterpretation is not the fault of the messenger.

I don’t know how the “self-esteem” movement actually did get started, resulting in such ridiculous practices as handing a blue ribbon to every child who walks into a room or onto a playing field. However, I do know that every child is worthy of unconditional love. Of feeling special. That in no way means children should not be held accountable for their actions. Or that they should not also be taught the value of effort. It is possible for parents – and teachers – to be both responsive to children’s feelings and expect responsibility and good behavior. And, although I didn’t know him personally, I know Mister Rogers would have agreed with me. Anyone who really watched the show would have seen the value he placed on discipline and effort.

Fred Rogers is a shining example of the love and respect with which we all should treat one another. But if you go to see the film — and I highly recommend that you do — don’t forget your tissues like I did! This documentary will tug at your heartstrings. It is especially poignant in these divisive times – when we all need Mister Rogers now, more than ever.