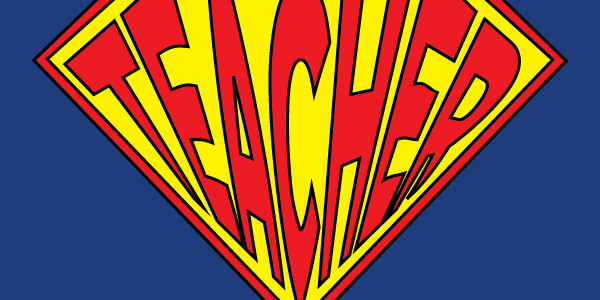 What makes someone “great?” I throw that word around on a regular basis, giving no thought whatsoever to its true meaning. But having recently lost a dear friend, and reflecting on her life as an educator, I’ve considered the actual definition of the word.

The Merriam-Webster Dictionary online tells me it means “remarkable in magnitude, degree, or effectiveness.” With that definition in mind, I have absolutely no misgivings declaring that Phyllis Gelineau was a great teacher. And I have no doubt her many, many students throughout the years would wholeheartedly agree with me.

I first met Phyllis more than two decades ago, when she called out of the blue to talk to me about my work as a movement educator. That was just so typical of her. If she thought you did something interesting, particularly in the arts – and especially if she believed you had something to offer her students – she simply picked up the phone and called. And, oh, what a wonderful conversation ensued!

Not long after that initial conversation, I conducted my first of several annual workshops for her summer graduate course at Southern Connecticut State University. It was for teachers, and the topic was integrating the arts into the elementary school classroom. Although it was just a one-week course, covering visual art, drama, dance, and music, Phyllis was happy to share the spotlight with other teachers. Although she had plenty to offer in all four of those content areas, she was without ego and more concerned with giving her students a complete experience than with being the “sage on the stage.”

That was one component of what made her great. I witnessed another on my first visit. Despite the fact that there were at least 30 students in the class, by the end of the first day Phyllis knew the name of each and every one of them. It wasn’t just a point of pride for her that she memorize them; it was an essential part of her desire to make all of her students know that they mattered. It was a sign of respect. She showed this same respect in her undergraduate course, “Experiencing the Arts.” When students turned in their journals at the end of a semester, many of the comments related to the fact that no other professor had taken the time to learn their name. Phyllis’s students were important to her – and that was important to them.

Phyllis’s love for both her students and her content was evident in every conversation I had with her. And there were many! She would relate, in considerable detail, the goings-on in her classes, marveling at the ways in which the students grew. Nothing made her happier than the journal entries describing the life-changing experiences they’d had throughout the course. But she never took credit for it, instead attributing it to the power of the arts to transform.

Phyllis allowed no cell phones or computers in her classrooms. Rather, her students, without any previous experience, learned to play harmonica, to express themselves through art and dance, to improvise in drama, and to do such simple things as take an “observation” walk in nature, with no ear phones allowed. You might think that lessons involving no technology would be uninteresting to today’s young people – and certainly there are those who’d try to convince you they would be – but Phyllis’s course was so incredibly popular that the university had to keep adding more sections to the schedule.

Was it popular because it was an “easy A?” Absolutely not. Phyllis offered a lot, but she expected a lot in return. No, her course was popular because the word got around: Phyllis Gelineau was special — and she made her students feel special!

Year after year after year, Phyllis retained her passion for the arts, and she was so happy to share it. She never stopped learning, enthusiastically collecting information about her topic whenever and wherever she could find it and considering new possibilities for her classes. She taught until three weeks before her death – at the age of 99.

There will never be another Phyllis Gelineau. She was great in so many ways. As an educator, as a person, as a friend. She’s who I’d like to be when I grow up.