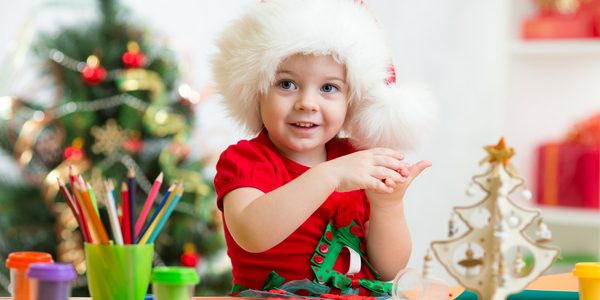 Recently, I wrote about children who are so unfamiliar with books — and so familiar with screens — that, when handed a book, they try to swipe the pages. It’s just one of the many stories I’ve heard from early childhood professionals around the country.

Well, earlier this month, during my last speaking engagement for 2018, I heard another story that took my breath away. One of the teachers in my professional development training told me that she’d handed a crayon to a child, who then proceeded to treat it like a stylus, touching its tip to the paper on her desk, waiting for something to happen. Not only was this little one unfamiliar with crayons; also, she had learned that she didn’t have to do anything in order to make something happen. At the ripe old age of five, she’d discovered that screens would do all the work for her. I am not exaggerating when I say this story fills me with horror.

In my last post, in which I asked for help spreading the word about screen time, I mentioned that we have support from organizations such as Campaign for a Commercial-Free Childhood. Putting a stop to commercials claiming that babies can read is one of this organization’s many successes. Last year, they created the Children’s Screen Time Action Network. Jean Rogers is its director, and below is what she had to say in response to one of my recent blog posts.

On November 6, Rae wrote about the ECE teacher asking for help with children who balk at dance songs and creative play activities– children obstinately wait to be entertained. No amount of energy and imagination teachers exert seems to engage them.

Early educators know how deeply disturbing this scenario is – it can lead to a lack of wonder, lack of empathy, lack of engagement in life, desensitization and other social problems. As a parent educator and Director of the Children’s Screen Time Action Network, I am writing to share hope. Teachers should not have to compete with the faster and faster-paced action of screens. But, we know that excessive screen use for young children (now very young) is causing these and other problems.

The Action Network, now celebrating its one-year anniversary, is a coalition of teachers, psychologists, pediatricians, advocates, and parents who want to collaborate on solutions, share resources, and fight the isolation that comes when you rebel against a popular, corporate-driven tidal wave. Parents are being told on the one hand their children need devices younger and younger to become “college and career ready.” But, are they life ready? The Network offers online learning events by experts in different areas of child health and screen time, including last month’s webinar by early childhood expert, Dr. Nancy Carlsson-Paige. Our Early Childhood Working Group is tackling issues like the rise of corporate-funded online preschools, the decline of play, and communicating with parents respectfully about screens. Our inaugural conference, in April, drew a collective sigh of relief as we realized we are not alone in our perspectives and our work to restore childhood.

Teachers tell me that children who have less screen time are more curious, more cooperative, more resourceful, kind and generous. In the past year, the Action Network has grown to over 660 members, in 34 states and 10 countries. Membership is currently free and if you’re not already a member, we would love to have you. At the very least, it will give you a large dose of hope.