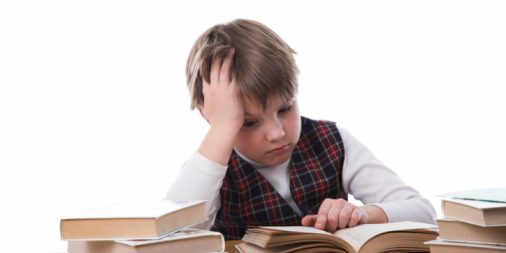 A couple of weeks ago, I read an article in Chalkbeat titled “Kindergarten classes are getting more academic. New research says the kids are all right.”

My knee-jerk reaction was to consider it a whole lot of bull. Bull that was going to give school reformers and policymakers more ammunition with which to ignore child development and make the little ones miserable. But because I don’t want to be one of those people who only supports research with which I agree, I posted it on Facebook and asked people to express their thoughts. And you know what? Everyone was as outraged as I was.

So, I was delighted when last week’s newsletter from Defending the Early Years offered a response to that study. And because I couldn’t possibly do it as well, I’ve received DEY’s permission to reprint that response here.

“New research says the kids are all right” in kindergartens that emphasize advanced academics, according to a January 24 headline in Chalkbeat. We strongly disagree.

The study in question, published online by the American Educational Research Journal on Jan. 4, 2019, has severe limitations, and it is based on so many questionable assumptions that no meaningful conclusion can be drawn from it. At the same time, reports of its supposed findings, like the Chalkbeat story, muddy the waters of a vital conversation about how young children learn. Even worse, this problematic study and the uncritical reporting of it are likely to be used to defend pernicious policies and practices that almost all early childhood educators agree are hurting children.

The authors of the study themselves acknowledge three serious limitations in their work. First, it is a correlational study that says nothing about causation. In other words, the positive outcomes that they claim to see may be the result of factors other than the ones they tried to measure. Second, the measure they used to calculate the amount of time devoted to teaching advanced skills in the classroom was subject to a high level of uncertainty. And third, the very definition of “advanced” has widely varying meanings, and the researchers had no way of knowing how such “advanced” content was actually being taught.

In fact, this study is flawed in even more troubling ways:

That drilling children on content can boost test scores in the same year (which happened here only to a moderate extent) is thus unsurprising and means little. The authors avoid mentioning that, while their study was just correlational, other experimental research contradicts their conclusion. The most rigorous of these was the High/Scope Comparative Curriculum Study, which followed students to age 23 and found powerful evidence of the negative effects of early academics-evidence that did not clearly emerge until years later.

“Of 12 social or behavioral measures, there was a statistically significant (and quite small) effect on only three,” writes education policy analyst Alfie Kohn. “And with respect to kids’ aggression, anger, sadness, anxiety, etc., there was no short-term effect, positive or negative, as a result of teaching academic skills for an unspecified length of time using unspecified methods-according to the teachers themselves.”

Behaviors that would get you a low social-emotional skills score in this study-like not putting your toys away promptly or acting out-are more likely to occur in play. Those that would get you a high score-like completing tasks and following rules-are more likely to occur in a highly structured academic classroom. With this rating system, therefore, children in kindergartens with a lot of free play might, for that very reason, look like they have lower social-emotional skills than children in kindergartens where behavior is more rigidly structured and controlled by the teacher.

The authors fail to acknowledge what every wise teacher understands: kids learn to be better adjusted through play. “Those kids in lessons, with less play,” writes Boston College Research Professor Peter Gray, “don’t have the opportunity to exhibit the kinds of behaviors that (a) would lead to low social-emotional scores and (b) would provide the experiences needed to gain social-emotional competence. If we rigidly control children they may look more competent than if we allow them free play, but we also prevent them from learning to control themselves through experience.”

The authors’ conclusion, “that advanced academic content can be taught without compromising children’s social-emotional skills,” is not just unsupported by their own evidence. It is irresponsible in light of convincing contradictory findings that they have completely ignored.

This study will undoubtedly be welcomed by the corporations producing new academically oriented curricula and tests for young children. It is likely to further the proliferation of high-pressure academics and the loss of free play and child-initiated learning in kindergarten-trends that have already led some of our most experienced and talented early childhood teachers to quit the profession in frustration and despair.

This statement was prepared by Defending the Early Years in consultation with early childhood researchers, practitioners, and advocates. We are especially grateful for the assistance of Alfie Kohn, Joan Almon, and Professor Peter Gray.

Rae’s P.S. Shame on Chalkbeat and others for reporting this study.