Making a Mess of Human Development: The Terrible Impact of Our Choices for Children 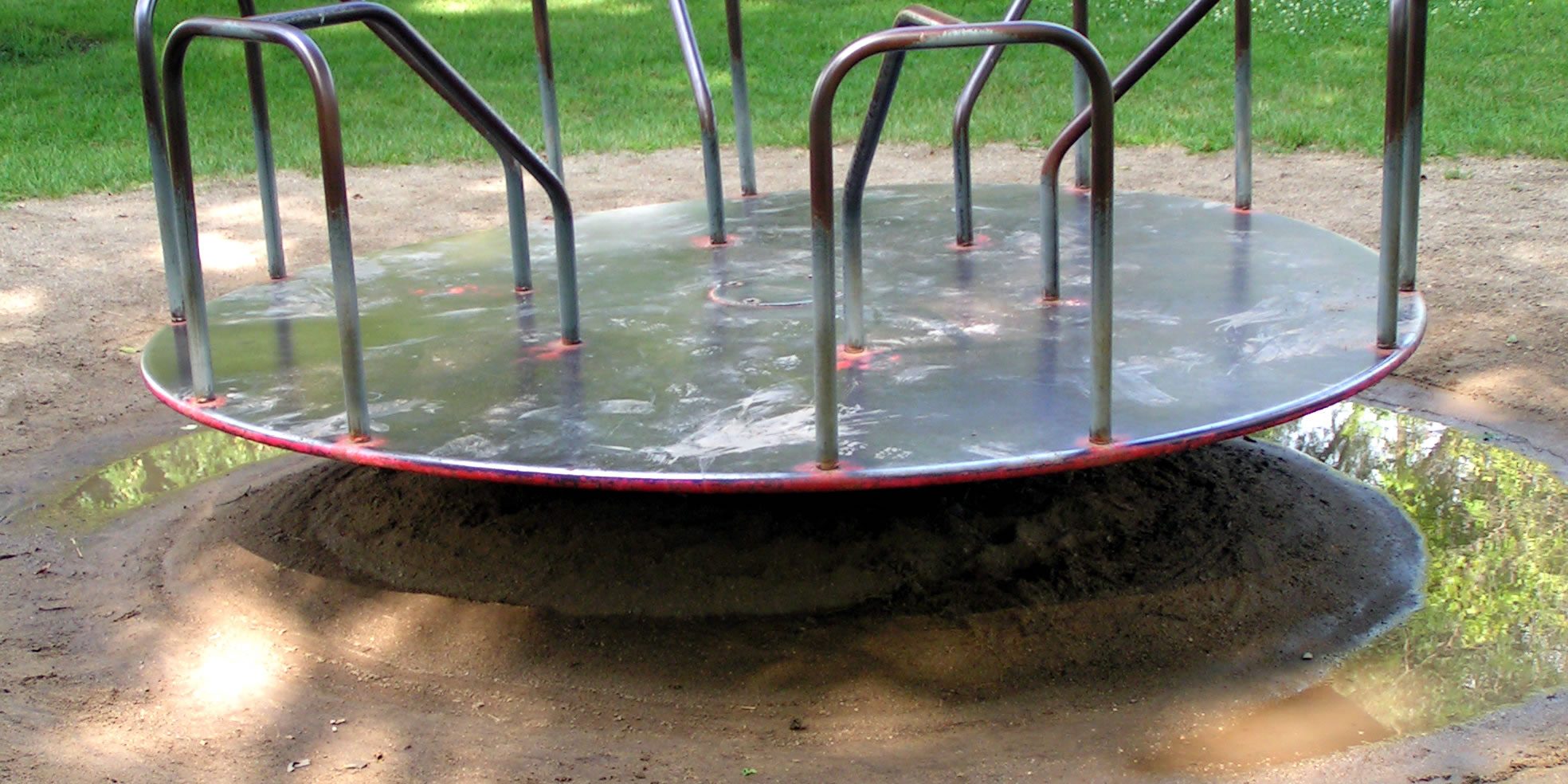 The other day I read an article that literally made me cry. I thought I’d heard it all when it came to the lack of movement in children’s lives, but this piece alerted me to something I hadn’t come across before: children are falling out of their chairs because they’re not moving enough.

Is this an unusual occurrence? Sadly, no. One first-grade teacher reported that she took a tally, and in one week her students fell from their chairs 44 times. Forty-four times!

How is this possible? What the heck is going on? Well, it turns out that today’s children have proprioceptive and vestibular systems so undeveloped that, as the previously mentioned teacher described, it’s like having penguins trying to sit in chairs. A funny image but a not-so-funny situation.

If you’ve studied motor or human development, you know that proprioception is awareness of the location of one’s body and body parts in relation to the environment. With a properly developed proprioceptive sense, children are able to perform such tasks as feeding themselves without having to watch their fork travel to their mouth, or can climb a staircase without looking at their feet. The vestibular sense detects gravity and motion to create an internal sense of balance. It coordinates with the other senses to help a person get upright and stay that way. With a properly developed vestibular sense, children will have, among other things, better balance, visual tracking, and self-regulation. When both the proprioceptive and vestibular senses are well developed, sitting is much easier for children.

The critical period for development of these senses is before the age of seven. And the best way to promote their development is to allow children to move — to jump, bounce, spin, swing, and hang upside down. Yesterday’s children, who had far more unstructured time and access to such equipment as swings and monkey bars, had ample opportunity for these experiences. Today’s children, many of whom are enrolled in school and centers from infancy, and who are leading highly scheduled, overprotected lives, are being denied these opportunities. It’s no wonder they have trouble sitting still and staying upright!

The wonderful pediatric occupational therapist Angela Hanscom, author of Balanced and Barefoot: How Unrestricted Outdoor Play Makes for Strong, Confident and Capable Children, tells us that children are supposed to be moving rapidly in many different directions on a regular basis. That means playing tag, spinning, rolling, hanging upside down, and jumping from high places. Even if today’s overscheduled children had time for such activities, there are few places they could engage in them. Parents are terrified their children will get hurt, so they discourage, or even forbid, anything that looks like risky play. (“Don’t run!” – which I once heard a mom telling a child running uphill on grass. “Don’t spin; you’ll get dizzy.” “Don’t do that; you’ll get hurt!”) “Risky” play rarely takes place on public or school playgrounds these days. Swings, monkey bars, and those wonderful, dizzying merry-go-rounds have all been removed. And tag, running, and cartwheels, among other necessary-for-development actions, have been banned at many schools.

As I’ve said in many keynotes, Mother Nature gave us everything we need in order to develop properly. But instead of appreciating and respecting the process of human development, we’re thumbing our noses at it! We seem to think we can do better!

In fairness, I understand that fear has overtaken adults. As I’ve mentioned, parents are terrified their children will get hurt. And they’ve been led to believe that nearly everything their children do will lead to pain and injury. Because of this, school and city administrators also live in fear – of litigation.

But as I’ve written before, we have to get our priorities straight! We have to stop giving imagined fears more power than the real ones — and the real ones include the impact that all of this nonsense is having on our children!

After I read the piece on children falling out of their chairs, I imagined the many problems associated with such a lack of spatial awareness. How will they navigate their environment? How will they later drive on a busy highway, fit their cars into parking spaces, avoid people on a crowded city sidewalk, or even maneuver shopping carts down grocery store aisles? Life without a well-developed proprioceptive and vestibular sense will certainly lead to pain and injury!

Seriously, who could read about children continually falling out of their chairs in classrooms and not be shocked and appalled? Who could look at the horrifying changes we’ve wrought in children and not want to reverse our mistakes? Human development is a miraculous process. Who among us dares to believe that we can improve on it?

If you agree with my thoughts on the importance of movement in children’s lives, check out my online course,
“Avoid Challenging Behavior in Your Early Childhood Setting!”

The learning modules include easy-to-implement sample activities and “Curriculum Connectors,” so you can understand and explain why the children aren’t “just playing.”