Last week I thanked an early childhood professional for her flexibility in rescheduling a call with me. She replied by saying that, when you’re a teacher, you have to be flexible.

I completely agree. Years ago, I wrote that flexibility is one of the keys to making experiences with children successful. Specifically, I mean that we sometimes have to accept that things aren’t going to go exactly as we planned. (When I first started, I imagined my movement lessons would look just as I’d outlined them on paper! Silly me. I guess I forgot I was dealing both with young children and movement!) Similarly, we have to accept that the children will sometimes have better, more interesting (at least to them) ideas than we do. And it behooves us to go with the flow. To learn from the children as often as, or more often than, they learn from us!

I’ve met all kinds of teachers over my nearly 40 years in this field. Some have certainly been more flexible than others. Some never stop expecting their lessons to look exactly as they’ve outlined them on paper, or in their heads.

What really disturbs me is that, since I first wrote about flexibility, even the possibility of it is being removed from so many teaching situations. With the emphasis on academics and accountability – and the rise of scripted curriculums and digital devices – teachers have less and less autonomy in their settings. Their sole focus is too often “instructional time,” a term I have come to despise.

This focus was painfully obvious in a recent Facebook post I came across. Below is the content of the letter (as it was written) that horrified early childhood professionals were sharing widely:

Healthy First graders urinate one or two times during the school day. We expect the children to use the restroom before school and during lunch recess. We also provide an afternoon bathroom break and if a child is having an “emergency” we allow them to go. We find that most emergencies stem from children not using the bathroom during the appointed times.

Ways you can help:

Thank you for your support!

I don’t think there’s anything I can write that will surpass the outrage you’re likely feeling. I share that outrage.

My first reaction (beyond the ill-advised urge to shake these teachers senseless) was to wonder how on earth any person who chose to teach young children could understand them so little! Could care so little about their health! Learn to hold their urine for two hours at a time? That’s inhumane when we’re talking about small people and small bladders.

On Big Bang Theory, Sheldon’s insistence upon a bathroom schedule was a running joke. It was funny because the idea of being able to pee or poop on command was ludicrous. Expecting it in real life, of young children, isn’t funny.

But when I shared the post on Facebook, one of the comments suggested that this aberration was likely due to the pressure the teachers are under to get in all of their instructional time – evident, I suppose, in the comment about “wasting valuable learning time.” (As though the little ones aren’t learning every minute of the day, from every experience they have.) And I decided to give these teachers the benefit of the doubt. A smidgen of one.

It doesn’t excuse the irresponsibility of this letter, or the complete lack of awareness exhibited by it. But it also doesn’t rule out the possibility that, like so many others, these particular teachers are being held accountable only for that which can be quantified. Flexibility goes right out the window when people feel that kind of pressure. Consideration for human physiology? Not even a blip on the radar screen. Realization that perhaps the children are asking to go to the bathroom because they need to move? Not gonna happen.

I’m happy to report that the principal of this school got wind of what was going on and took care of the situation. Here’s what she wrote, on Facebook and to parents:

Recently, I learned about a letter that was sent home in 1st grade regarding bathroom use. I want to reassure parents the school has never had a policy restricting bathroom breaks for students.

I have also talked with those involved and taken steps to make sure any future mass communications will be run through the administration and be placed on the school letterhead with the proper signatures.

We love our students so much and we want them to be safe and supported in their learning environment.

Brava! Obviously, the pressure wasn’t coming from the immediate administration. But that doesn’t mean that our culture of academics and accountability hasn’t infected the lives of those teachers nonetheless. As is the case with so many other teachers, somehow, somewhere they received the message that “learning time” is all that matters. And any knowledge of or love for the children went right out the window along with the concept of flexibility.

What’s to be done about the mess that is our education system? I’ve written about advocacy before (among other times, here and here). So, this time I’ll simply borrow a phrase from another battle being waged in our society: “If you see something, say something.” Obviously, someone – and I suspect it was the mother of one of those first-graders being asked to hold her urine – chose to fight back by making that letter public. And it worked!

This is where social media is a blessing. We may not get many opportunities to speak to policymakers, but we can take advantage of a tool previously unavailable to advocates. I’m not concerned that it involves shaming the perpetrators. If they’ve become so inflexible that they can’t put themselves in the children’s shoes, something needs to give them a good shake! 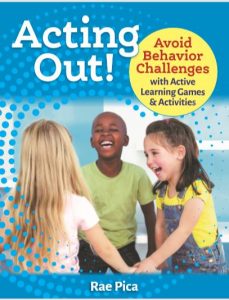