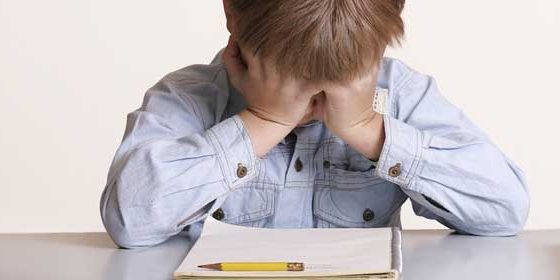 When I was a child, helicopter parenting would have been looked on with both suspicion and derision. My mother and father’s parenting style (if such a thing existed at the time) is often referred to as “benign neglect.” It sounds horrible and…well, neglectful. But it’s just the way it was back then, and it worked well for both parents and kids.

What it meant for us is that, during the school year, we walked to and from school on our own. And, not to sound like Abe Lincoln, but the elementary school wasn’t just around the corner; it was a hike to get there. Rain, sleet, cold, snow; up hills and across fields. We walked through it all and no one thought a thing about it.

During the summer, we went outside to play first thing in the morning (I’d yell at the house next door, “Can Carol Ann come out to play?”), went in for lunch when we got hungry, headed right back outside afterward, and stayed there until a parent shouted that it was time for dinner. After dinner, we charged back outside and continued playing until it started to get dark and some adult bellowed that it was time to come in. This parenting style also meant that we were out of sight of our parents – a lot! And when it came to our education, short of asking about homework (much less than what today’s kids are burdened with) and attending parent-teacher meetings, school was our domain. Parents trusted their children’s teachers and for the most part practiced a hands-off approach.

What this parenting style meant for mothers and fathers (but especially mothers) was that life was more relaxed. Parents didn’t fret and worry about the danger we might be in (we weren’t in any), or about being bad parents because we weren’t in their line of vision at all times. They weren’t made to believe that without their relentless supervision and guidance we would never succeed in the world. They weren’t made to believe that good parents constantly play with their children. (Can you imagine having your mother with you the whole time you were a kid? I, for one, would have missed out on so many adventures, real and imagined.)

Of course, none of what I’ve depicted above describes helicopter parenting, which tends to be today’s prevalent parenting style. Not even close. And although there’s a lot to unpack here, I want to focus on the education aspect of parenting today – because it’s having a serious impact on the children, and not in a positive way.

Sure, education policy has done its share to muck up early childhood education. But a lot can also be attributed to the myths (e.g., earlier is better) and their resulting anxieties, which are so common in today’s society. Myths that have resulted in some serious helicopter parenting.

We all know, for instance, that far too many parents fear that if their children don’t get a jumpstart on “learning,” their children will fall hopelessly behind and never achieve the glorious levels of success they otherwise might have. This means many of them are overlooking play-based early childhood programs in favor of those that focus on “academics.” So, there are now fewer play-based programs, and children stuck in the academics-oriented ones are too often deprived of the developmentally appropriate practices they need. For example, a director told me that her teachers are more focused on the “sit-down academics to go along with what our parents want and expect during the child’s day at the center.” And an early childhood professional recently shared that she’d visited a center where the little ones were expected to do worksheets all day long! (She said that one little boy, who was barely four, stayed under his desk all day.)

These stories support my point that parental expectations can negatively impact all of the children. Because all of the children enrolled in these programs – not just those being overparented – are asked to do things for which they’re not yet developmentally ready.

And these are certainly not the only stories I’ve come across. There are many of them:

I’ve wondered before when and how parenting changed so drastically. When and how we moved from benign neglect to helicopter parenting. Also, I’ve written many times about the consequences of the crazy beliefs driving parents to behave in ways that are actually bad for their children. And I have asked early childhood professionals, both in writing and at my speaking engagements, to do whatever they can to educate parents. But the stories of frustrated, unhappy children compel me to ask again.

We know that parents only want the best for their children. Unfortunately, the misinformation they receive results in tremendous confusion about what “the best” is. So, we can’t be shy about telling them! It’s too important.

I continue to believe (because I have to!) that once parents understand what we understand, they’ll be right by our side in our efforts to turn early childhood education around.

If you need help explaining developmentally appropriate practice to parents, you can download the parent letters I’ve created for you and reproduce them as often as you’d like!

Conference & Professional Development Planners!Are you looking for an alternative to in-person PD?

Rae has substantial experience with webinars and online training and will be happy to design something specifically for your audience.

Let’s explore the possibilities!
Reach out to Rae, with the best times for her to call you!