Are Early Childhood Teachers Doing Everything Wrong? No, But… 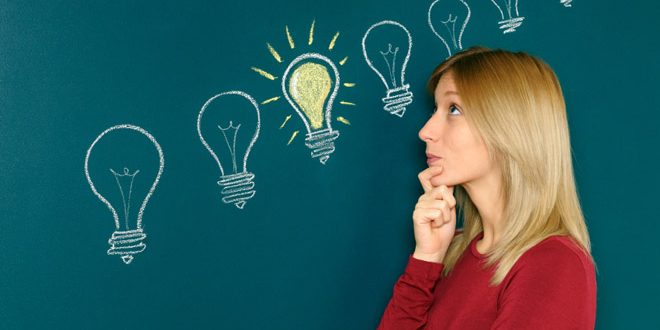 When you write about controversial topics – as I often do and as I did last week, when I addressed crisscross-applesauce – you have to expect to get some pushback. And I did get some.

On my Facebook page, one teacher commented that teaching children to sit in a certain way isn’t bad. He wanted to know why we’ve suddenly decided that everything has to be about children’s choice, when in actuality they need to learn there are rules and procedures and expectations, just as there are in “real adult life.”

I responded that I don’t believe everything has to be about choice – and I do believe in having rules and procedures. But I don’t see why we have to have rules about something as inconsequential as sitting, when it’s clear to me that children will pay better attention if they’re comfortable. Also, I sure as heck don’t know of any research showing that children learn better when sitting crisscross-applesauce!

The gentleman countered by saying he’d found children better able to focus when sitting crisscross-applesauce, and added, “It seems that every week something we do is wrong. And everything needs to be changed so the kids end up with less and
less expectations (sic) and structure. Sitting this way is fine. Always has been. Always will be.”

A couple of weeks ago, another gentleman, this one a middle-school principal and father of a preschooler, argued with my contention that telling children to sit still doesn’t teach them to sit still. He said he just doesn’t get “this vast opposition to teachers educating kids and telling them things.” He asked, “How will not asking kids to follow instructions teach them to follow instructions?”

With all due respect to these two educators, I think they’re misconstruing my points. And I worry that there may be an “always-been-done-this-way” attitude goin’ on. And if you, dear reader, don’t already know how I feel about that phrase, you can find out here!

Yes, I write a lot about developmentally inappropriate practices in early childhood education. I’m trying to stir up the necessary righteous indignation! I mean, just this past weekend I received an email from a woman whose granddaughter’s childcare center kept the children indoors on a beautiful, sunny day so that they could finish up their worksheets!

But, no, I absolutely do not believe teachers are doing everything wrong. I know there are a great many wonderful early childhood teachers out there. Teachers who understand what’s developmentally appropriate and are providing it for the children. But if we’re being honest, there are also those reluctant to give up the control they feel they need in order to teach children efficiently.

Back in the day (I refer again to those old black-and-white photos of children sitting primly in rows), control was pretty much what teaching was about. The teacher acted as “sage on the stage,” holding forth from the front of the room. And if the children didn’t follow instructions, they were likely to be whacked with a ruler. “Structure” was the guiding principle.

But, as I’ve said before, teachers didn’t have the research back then to show them a better way. Today we do! Today we have a great deal of brain research showing us how children learn best. And much of it contradicts the old ways.

Of course, as you might imagine, there was also a great deal of support for my position on crisscross-applesauce. (To date, the post has been viewed more than 20,000 times; so it clearly struck a nerve!) Among the comments on that Facebook post was one from a teacher of threes and fours. She said that of the 17 children in her class, only about four of them can actually sit crisscross-applesauce and attend for a few minutes. The rest of the children are not attending at all.

The choice to make the children sit this way is not hers. But someone has decided that, uncomfortable or not, attending or not, they’re damn well going to sit that way. How is that preparing them for “real adult life?” Would we expect a boss to dictate how we sit during a meeting? During a keynote or training, would I call out someone who needed to stand? Of course not! Because we respect adults enough to allow them make choices about their own needs.

I’m not saying there should be no boundaries or rules for the children; we all know they require such things from adults. But, again, why must there be rules about how the children sit?

The gentleman who started this whole conversation felt we should be discussing “things that really matter and impact learning like funding, lack of resources and materials, disrespect for teachers, etc.”

I agree that all of those things matter. But what about respect for the children? What about respecting childhood? Does that not really matter? Do we imagine that any failure to do so won’t impact learning?

No, I don’t believe that early childhood teachers are “doing everything wrong.” But I do believe that if we’re to give the children our best, it’s necessary to reflect on the old ways and, when necessary, adapt.