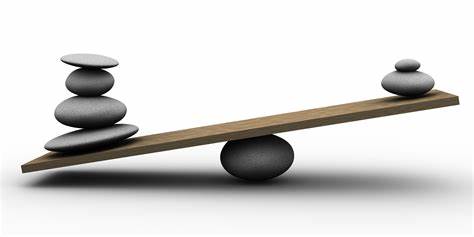 Recently I had a short debate on Twitter with Dr. Jennifer Ashton, known to many as the chief medical correspondent for Good Morning America. Typically, I don’t engage in debates because I’m not quick-witted enough to respond with snappy comebacks! But what she did on GMA that morning upset me, and I couldn’t let it slide.

First, she reported on the new study showing that screen use for more than an hour a day is changing the structure of preschoolers’ brains. I wanted to stand up and applaud because so many parents and teachers were receiving such important information. And then she went and spoiled it by saying that, of course, there are studies showing that digital devices can help with such other things as motor development – particularly fine motor development, which would come in handy should a child grow up to become a surgeon, for example.

Not surprisingly, at that moment I wanted to stand up and scream — loudly enough for her to hear me in New York. Instead, I took to Twitter…which proved to be utterly fruitless.

I began by saying I was upset by her assertion concerning fine motor development, and reported what early childhood professionals all around the country tell me: today’s children have no fine motor skills! As I wrote in a previous post, they can swipe but don’t have the strength to tear a piece of paper.

Her response was: “Sorry but it’s true- it’s not one size fits all, not all bad or all good; age, time, quality matters.”

In regard to her comment about surgeons, I noted that a professor of surgery in London has found his young students don’t have the fine motor development necessary to perform surgical tasks. Her response was: “That may be true but ONE professor’s opinion doesn’t negate the studies that have found this…. that’s why it’s important to provide pros/cons, risks/ benefits… and present both sides of scientific issues.” And she ended with a little thumbs-up icon to let me know the conversation was over.

One professor’s opinion? Is it really possible that Dr. Kneebone is the only professor of surgery to have noticed this phenomenon? I highly doubt that. Does the observation of hundreds of early childhood professionals, including those who have been in the field for years and can attest to the difference, count for nothing? And, sure, it’s probably true that there are studies indicating improved fine motor skills. But how many? As many as there are about the long list of mental and physical health risks? And, the cynic in me asks: Who paid for those particular studies? Somebody who stands to make money from the use of tech?

Frustrated, I began to think about balance, of which I’m typically a fan. Work/life balance. Balanced eating. Balance between structured and unstructured activity, and between vigorous and quieter activities, for children. But what about balanced reporting, which is clearly what Dr. Ashton was referring to? Is it always necessary to provide both sides of an issue?

At first, our gut response might be of course. But apparently I’m not the only one asking the question, as there’s been a recent debate over neutrality in reporting. A question was posed about giving the American Nazi Party, for example, the same coverage as other political parties. Viewed in that light, balance/neutrality is clearly not in the best interests of the public and would, frankly, be ridiculous. So, if children are being harmed at all by the use of digital devices, why must we hear both sides? Why can’t we err on the side of caution? After all, we’re talking about the health and futures of children – not the ongoing scientific debate over drinking coffee or wine.

Parents and early childhood professionals seldom have the time to keep up to date on research. How are they supposed to understand all the potential hazards if the media don’t tell them? The overwhelming use of screens in homes and classrooms is testament to the fact that they’re unaware of the many negative consequences, some of which can cause lifelong harm.

The media is all too happy to terrify us with reports of kidnappings and school shootings, which, although horrible to contemplate, are relatively rare. But myopia, language delays, and poor motor skills (both fine and gross) are not rare. So, can we please stop worrying about balance and start worrying about the children?