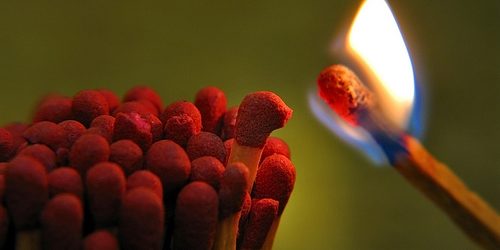 Over the 40 years I’ve worked in early childhood education, I’ve believed many times that a revolution in the field was imminent. Heaven knows we’ve certainly needed one, as misguided policies have brought about increasingly inappropriate practices. Surely people who understand child development would finally begin making the decisions about ECE!

As regards a child’s need to move, I first saw the revolution coming when Howard Gardner brought his Theory of Multiple Intelligences to the world. Dr. Gardner identified the bodily-kinesthetic intelligence as one way of learning and knowing, thus validating the connection between mind and body. But, nope; despite the way in which educators gravitated toward Gardner’s work, there was no revolution.

Then came all of the incredible brain research demonstrating the link between moving and learning. To this day, there are stories in the news about the amazing impact physical activity has on optimal brain development and functioning. Still, even Dr. John Ratey’s contention that movement is like Miracle-Gro for the brain has done little to impact flawed education policy.

But once people began hearing about the childhood obesity crisis and all of its horrifying statistics (40 percent of children ages 5 to 8 with at least one heart disease risk factor; one in three American children at risk for type 2 diabetes; etc.), I felt sure the revolution would come and people would at the very least grant children’s bodies greater respect. How could they not? Well, as you know, even the fact of hypertension at age 5 didn’t bring about a revolution.

In fact, things have only gotten worse for children, despite all of the research we have available to us. For example,

More than once over these past four decades, I’ve wanted to scream, cry, or pull out my hair over what is being done to children. I wasn’t sure which action to choose last week when I came across these three stories:

I think perhaps screaming, crying, and pulling out hair are called for here! I mean, what the heck? Social distancing for preschoolers? And no child, of any age, should be forced to sit in front of a computer for five hours a day – let alone a three-year-old! As for the last item…well, I have no words.

These stories are all the more egregious because there are educators and early childhood organizations behind these ludicrous choices! What kind of educator thinks these decisions are reasonable?

Still, a person’s gotta hope. I know that if I didn’t, I couldn’t carry on with my work. So, I’m going to hope there are many other stories out there that are the opposite of these three. I’m going to hope that during this pandemic, many, many parents discover the value of play and downtime for their little ones. Who realize that active learning is authentic learning.

This morning I read a story about teachers, used to standing all day, struggling because they now must sit in order to teach. That gives me hope that teachers will now understand why kids must move in order to learn. Why sitting all day in school is a really bad idea.

I’m going to hope that educators freed from the rigid restrictions policymakers and administrators have imposed on them will return to developmentally appropriate practice. That they’ll begin to stand up to those who try to force them to implement harmful practices.

We know that even once we’re released from social isolation, life will never be quite the same again. Life can still be good, but there are many things that won’t return to what we think of as “normal.” I pray that current policies in early childhood education will be among them – because “normal” was never good enough.

There are many things beyond our control right now. But not everything is. Let’s take this opportunity to observe our children and to learn from what we see. Let’s rise up and spark a revolution! It’s long overdue.