Change Must Begin with the Children: Resources for Anti-Bias Education 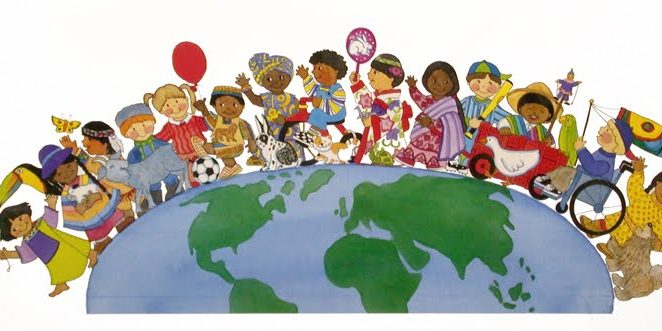 There’s really nothing I can add to all of the meaningful conversations currently taking place in our country and around the world. Like so many others, I am hurting. When Barack Obama was elected president, I celebrated the idea that racism was, if not a thing of the past, then at least significantly waning in the U.S. We’d reached a turning point!

Now I understand how naïve that belief was. But if I’m going to be able to function, I have to keep some hope alive. That means I now must believe that the death of George Floyd and the resulting protests are the true turning point. We who believe in equality for all are mad as hell and we’re not going to take it anymore.

As an early childhood educator, you have a critical role to play. If there is to be change in the future, that change must begin with the children. During the hours they are with you, you have the opportunity – and the responsibility – to show them the power of love. To help them celebrate the similarities and the differences among us!

But that, like so many other things, is easier said than done. We all have inherent biases, whether we’re aware of them or not. In the first podcast offered below, Rosemarie Allen, a black woman and the mother of a black son, in a startling example of transparency, admits to her own.

I hope you will find the resources below helpful. All the podcasts are short in length and can be played right here on this page.

These are just the podcast episodes that I hosted, which means they have an early childhood element to them. But BAM Radio Network has compiled many more conversations about race. You can find them here.

NAEYC’s website is another excellent place to look for resources on this topic. They have published the book, Anti-Bias Education for Young Children and Ourselves, as well as blog posts and a great many articles.

If you’re looking for children’s books that celebrate diversity and equality, this site provides a start.

I believe these resources can be a good second place to turn. Where a topic like anti-bias is concerned, the first place to which we should always turn is our heart.