How Misinformation Is Hurting Our Children 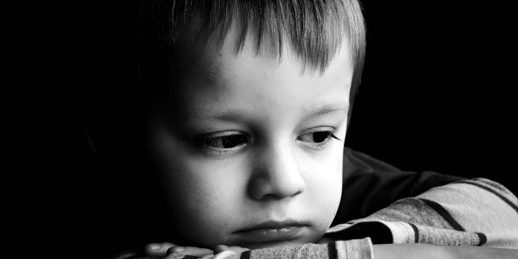 There’s a whole lot of misinformation flying around these days!

Whether it’s about what it takes to be a good parent, or what children really need to succeed, there are myths wreaking havoc on childhood, on early education, and on you!

I don’t know why people are believing the myths. And I don’t know how all the craziness – and it is craziness – began. I just know I want to put an end to it. I want the facts – and child development – to dictate how children are raised and educated. And I expect you’d like the same.

Among the myths circulating throughout our society, there are four big ones that I see as most detrimental to children and the parents and professionals who live and work with them. Let’s look at them one at a time, in no particular order. (All of them make me want to pull my hair out!)

1. Earlier is better. This one has become deeply ingrained in our society. Among other things, it has led parents, administrators, policymakers – and even some teachers – to believe:

As a result, I come across stories of four-year-olds being asked to draw a picture of their family (which is fine if you don’t expect a Rembrandt) and write a sentence about them. Of three-year-olds required to attend “Zoom school” from 8:30 am to 2 pm. Of three-year-olds expected to properly grasp a pencil.

No one who understands child development would ever expect these things of such young children.

2. Children learn by sitting. Many of us attended school when it looked like this:

So, this is what most adults think of when they think of school. That’s why, although the photos are now in color, school still too often looks the same!

How many other things can you name that haven’t changed in over 150 years?

School is the glaring exception – even though we now have so much brain research about how children truly learn.

Among the results of this myth are:

The myth that children learn by sitting still may have made sense before we had any science proving how children learn. But, again, today we have an abundance of research determining that active learning – physically experiencing concepts with as many senses as possible – is most effective for young children.

Simply put, children are experiential learners; and keeping them seated actually prevents them from learning optimally! With all this in mind, why would we want them to sit?

3. Digital devices are necessary for learning. It’s so easy to think that the shiny, new gadgets are superior to the old-fashioned stuff, like books, blocks, and play.

I mean, how can the simple, age-old things live up to gadgets that provide millions of pieces of information and images at our fingertips?

There are plenty of ways to counter that belief. I could offer evidence about the incredible value of books, blocks, play dough, and so forth. But, for me, the best way to counter this myth is to cite the detriments accompanying it and to point out that none of these detriments is a problem with the good, old-fashioned stuff!

Some of the problems associated with this myth are:

And these are only some of the problems. I have to wonder: In an age when children are so overprotected that we’d bubble-wrap them if we could, how is it that we’re overlooking the very real dangers inherent in device use?

4. Play is a waste of time. Play is a biological drive and what nature intended for the young of almost all animals. Can you imagine trying to keep kittens and puppies and baby goats from playing? The idea is ludicrous…and it should be just as ludicrous to keep children from playing!

I don’t know when adults decided it was essential for children to be “productive.” That shouldn’t be a word associated with childhood!

As a result of this myth:

It’s been said that when we debunk a myth, we create a gap in a person’s mind. So, to be effective, we have to fill that gap. And what better way to fill it than with facts?

Decision makers – whether they’re parents, administrators, or policymakers – need to be equipped with the truth:

Where and how are decision makers going to learn these truths? From you! You’re the expert. That’s why I plead with early childhood professionals to share their knowledge. To tell their stories.

It doesn’t have to be difficult! The only requirements? The ability to talk to people and a pride in what you do!

Note: This article was adapted from my online course, “Become a Champion for Play & Joyful Learning.”